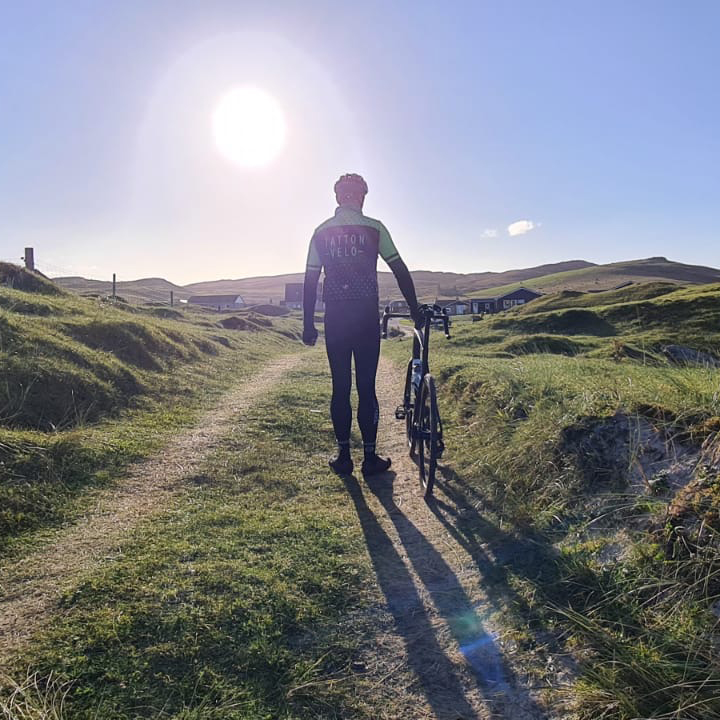 What comes to mind when you picture South England? Densely-populated towns and cities? London’s grey sprawl? How about a 350-kilometre

The King Alfred’s Way passes within an hour of home for 17 million people… but you wouldn’t know it! The route twists and turns through woodland and over rolling hills as it connects four National Trails: The South Down’s Way, the North Down’s Way, the Ridgeway and the Thames Path. This is a chance to radically transform how you see South England, and enjoy an exhilarating doorstep adventure.

Pristine nature is only the first of many surprises. The trail shocks and startles throughout. You’ll traverse 10,000 years of history, from Winchester – burial place of King Alfred – to prehistoric icons like Stonehenge and Avebury, to Iron Age hill forts, Roman settlements and medieval castles. This part of the country has been shaped and reshaped by those who came before us.

Perhaps the best part of the trail is its glorious rejection of roads. It abandons tarmac in favour of gravel and dirt. It swaps the speed of asphalt for the joy of off-road. Bounce over woodland ruts, canal towpaths and grassy bridleways, and you’ll see: this is countryside designed for two wheels. You don’t need to be an experienced mountain biker to tackle this route, though. There are a few technical climbs and descents – even a river to ford! – where beginners may have to push, but the majority is suitable for all cyclists with good fitness. Our tour guides are experienced  and can coach and improve your technique.

This three-day itinerary takes advantage of the stunning countryside to enjoy the freedom of wild camping. Tucked up in your tent listening to the wind purr through forest or watching the sun set behind an ocean of rolling hills; that is to fully escape the hustle and bustle of South England and to discover a timeless landscape that will live long in your memory.

Although the King Alfred’s Way is a real off-road adventure, the support of our expert guides ensures the challenge is available even to those cyclists who have never bikepacked before. Under their coaching and guidance, you will learn skills and techniques about gravel cycling, wild camping, and packing for a bike tour. By the end of the three days, you should feel confident to embark on your own bikepacking trips!

This tour is fully supported. While our guide leads you along the route and shares stories that bring each day’s riding to life, our support van and driver works hard behind-the-scenes to wash the stress away. They will carry your bags, distribute snacks and help with any repairs.

We have reduced our group size to 12 riders for this trip. This maintains the sensation that you have left the hustle and bustle behind and are cycling and camping through somewhere truly wild. It also allows a closer connection between the group and the guide, to enable you to have personalised training and a richer, more intimate experience.

Summary of the Tour.

Over three days we tackle 220 miles (350 kilometres) of mostly off-road riding through some of South England’s prettiest and most surprising landscapes. The loop ride starts and finishes in Winchester, just one hour from London.

On the first day, you will meet your tour leader and the rest of the group by Winchester Cathedral and then set off along bridleways and gravel tracks. History buffs will love this first day as we pass Stonehenge, Old Sarum and Avebury. The best scenery comes towards the end of the day as we climb up onto the Ridgeway, a 5,000-year-old trading route, and enjoy a few miles of panoramic cycling before setting up camp.

The second morning continues along the Ridgeway, passing Iron Age forts and with the tranquil textures of England unfolding before you. This is exhilarating riding that feels more airy than its modest elevation should allow! Everything changes as you drop from the Ridgeway and down to England’s most famous river, the Thames. You’ll pedal on a surprisingly-hilly riverside trail but enjoy numerous opportunities to stop for a coffee and a cake. From Reading, the river continues sliding towards London, as if pulled magnetically, but the King Alfred’s Way veers south and plunges back into gorgeous countryside. Our second night is spent camping in the woodland near Ewshot.

The third and final day is the toughest, but also the most rewarding. Sandy trails and steep, technical climbs pull you up onto Frensham Common, from where the skyscrapers of London seem wonderfully-distant and provide a backdrop to the heathland and shimmering ponds. The steepest climbs of all are reserved for the final section along the South Down’s Way ensuring your legs will be leaden by the time you return to Winchester. Congratulations on completing the King Alfred’s Way! If you have time why not stay in Winchester for a night before returning home?

All our routes are available to our Komoot followers.  Follow Cycle Britain on Komoot.

Our guides know the route well and are experienced bikepackers. They are available to support your trip throughout

We are an official Komoot partner. Our full route notes will become available as soon as you are booked onto a tour.

Unrivalled knowledge of cycling in Britain

We pride ourselves on being the experts on cycling in Britain.

To help you prepare for this demanding tour, we provide information on what to eat, how to train, and how to setup your bike.

We have arranged two nights of wild camping, with express permission from the landowner for use by Cycle Britain.

We take the stress away by providing breakfasts, lunches, dinners. All you have to bring is your snack of choice.

Our support vehicle and driver work hard behind-the-scenes. They carry your bags, prepare lunch and distribute snacks, and assist with any medical and mechanical problems.

Please provide your own bike and helmet. Get in touch if you have any questions regarding whether your equipment is appropriate.

Please bring a tent, sleeping bag and sleeping mat. Get in touch if you do not have a piece of equipment; we can rent spares for a small fee.

This tour starts and finished in Winchester. It is easily-accessible by car or train from London.

If you wish to stay in Winchester the night before or after the trip, we would be glad to assist with this.

This three-day itinerary takes advantage of the stunning countryside to enjoy the freedom of wild camping. We have secured exclusive permission for our wild camp spots. Tucked up in your tent listening to the wind purr through the forest or watching the sun set behind an ocean of rolling hills; that is to fully escape the hustle and bustle of South England and to discover a timeless landscape that will live long in your memory.

Don’t worry if you haven’t camped wild before; with the support of our guides, this trip makes a wonderful introduction to it! Our chosen camp spots have express permission from the landowner for use by Cycle Britain.

This is a Grade 4 tour which means it is suitable ‘for those that want a challenge. These routes provide a challenge to complete steep climbs and descents’ and involve ’60 – 100 miles per day’.

This tour unfolds along singletrack trails and gravel paths, ensuring not only your fitness but also your bike handling ability will be tested. We welcome cyclists new to gravel biking, however, as our expert guides will coach you in proper technique.

What level of fitness do I need?

This is a Grade 4 tour which means it is suitable ‘for those that want a challenge. These routes provide a challenge to complete steep climbs and descents’ and involve ’60 – 100 miles per day’.

What level of ability do I need?

This tour unfolds along singletrack trails and gravel paths, ensuring not only your fitness but also your bike handling ability will be tested. We welcome cyclists new to gravel biking, however, as our expert guides will coach you in proper technique.

What level of support is offered?

This trip has full vehicle support meaning everything you need is taken care of and your bags will be carried. We provide breakfasts, lunches, snacks and dinners. You will be accompanied by one of our expert guides who knows the route well, is a qualified cycling tour leader and has extensive bikepacking experience. We keep our group sizes small so our guides can assist with mechanical problems, lead the route and offer tips on improving gravel cycling technique.

We have secured express permission by the landowner for use by Cycle Britain. This allows us to camp in wild places without worrying about a midnight wake-up call!